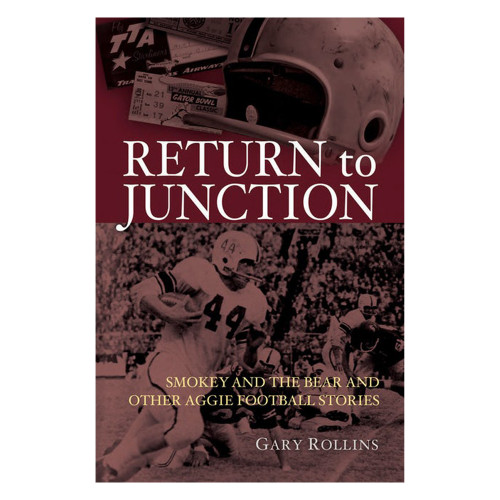 In Return to Junction: Smokey and the Bear and Other Aggie Football Stories, Rollins tells the behind-the-scenes stories of the Bryant era in Texas A&M football, a time that began amid “the goat-head stickers and dust” of a practice field in Junction, Texas, and ended with the shocking news that Bryant intended to “go home to Mama,” taking the head coaching job at the University of Alabama. In fact, as Rollins relates, he had the job—as both a trusted athletic trainer and the student editor of the Texas A&M campus newspaper, the Battalion—of secretly helping Coach Bryant draft the news release that would officially announce his departure from A&M. Featuring interviews and recollections from many of those who lived that time along with him, Rollins gives readers a firsthand view of what has come to be seen as a golden time in Texas A&M football.