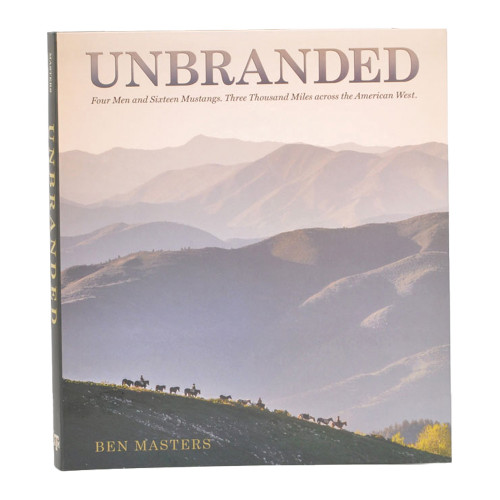 On an epic 3,000-mile journey through the most pristine backcountry of the American West, four friends rode horseback across an almost contiguous stretch of unspoiled public lands, border to border, from Mexico to Canada.

For their trail horses, they adopted wild mustangs from the US Bureau of Land Management that were perfectly adapted to the rocky terrain and harsh conditions of desert and mountain travel.

A meticulously planned but sometimes unpredictable route brought them face to face with snowpack, downpours, and wildfire; unrelenting heat, raging rivers, and sheer cliffs; jumping cactus, rattlesnakes, and charging bull moose; sickness, injury, and death. But they also experienced a special camaraderie with each other and with the mustangs. Through it all, they had a constant traveling companion—a cameraman, shooting for the documentary film Unbranded.

The trip’s inspiration and architect, Ben Masters, is joined here by the three other riders, Ben Thamer, Thomas Glover, and Jonny Fitzsimons; two memorable teachers and horse trainers; and the film’s producers and intrepid cameramen in the telling of this improbable story of adventure and self-discovery.